THE ROLE OF MORALITY IN ECOMONICS

As promised, we now finish our synopsis of Biblical economics by considering the important role played by morality in this issue.  In the previous article I outlined those very few and simple things that a government should do in order to set the stage for economic blessing; in this article

we’ll take a look at the best way of ensuring that it actually occurs.

Once a people’s government has appropriately set the stage, it then falls to the people themselves to attain the economic blessing which awaits – something best achieved by being a moral people.  This makes an understanding of morality a necessity for us, but since the slow march of cultural relativism has rendered such an understanding nearly out-of-reach to the modern mind, we must first take a few moments to recapture the idea.

In 1 Samuel 2:30, God says that He will honor those who honor Him, but that He will disdain those that despise Him.  While this may sound surprisingly like a promise, it is better and more simply understood as a law of the universe, much like reaping what we sow is a law of the universe (Galatians 6:7) – it is nothing more than an expression of reality.  What this effectively means is that when a people order their affairs in a manner that honors the nature of Him Who created all things, it will go substantially better for that people.  The Scriptures call this being blessed by the Lord. 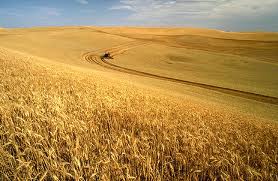 This national blessedness is clearly spelled out for Israel in Deuteronomy 28:1-14, and the principle of that blessedness may be applied to any people at any time in any place, for people eventually become like the object that they worship (Psalm 135:18), and with Jehovah it is the same.  A people who worship Him will become fair as He is fair (Genesis 18:25); they will become generous as He is generous (Romans 8:32); they will become industrious as He is industrious (Exodus 20:11); they will become innovative as He is innovative (Job 38-41); they will improve everything they touch just as He does (Ecclesiastes 3:11); and they will exalt all things noble and dignified just as He does (Philippians 4:8).  It cannot but go well upon this Earth for such a people.

It was this magnificent morality that graced the brow of Israel in the time of Solomon (1 Kings 8:62-66), and which led to unprecedented levels of economic blessing (1 Kings 10:27).  Israel was blessed because she was a good nation, and she was a good nation because she ordered her affairs in keeping with Jehovah and His sense of right and wrong.  She was able to accomplish this to such an amazing degree because God’s nature had been revealed to Israel through the gift of His Word, which she had studied, loved and applied to her affairs.  We cannot do better than that – nor can any people.