Pride goes before destruction, a haughty spirit before a fall (Proverbs 16:18 NIV).

In promoting his upcoming book Killing Jesus (his third in the best-selling Killing series), the incredibly successful author and Fox News host Bill O’Reilly has in the clearest and most certain terms possible challenged the reliability of the Bible.  He has done this through open denial of the miraculous within its pages, dismissing into the cozy realm of allegory all supernatural acts he finds objectionable.  As a pastor and a defender of the Scriptures, I must take issue with him for at least a few reasons.

The Culture War.  Mr. O’Reilly prides himself on being a culture warrior, and presumably it is the best of American culture for which he is warring.  Since culture is best described as the shared worship of a people, the former greatness of American culture sprang from the idea of a shared worship of Jehovah among the generations surrounding its Judeo-Christian Founders and Framers.  These were people who believed in the inerrancy of Scripture and the veracity of the miracles of which it gave account,

including Creation, the Flood, the creation of Israel, the Ten Commandments, the story of Jonah, the virgin birth of Jesus, the Resurrection, the Ascension and the coming re-creation of all things (Revelation 21:1).

Since the Bible begins with a miracle, is filled with miracles and ends with a miracle, when Mr. O’Reilly discounts the miraculous from the Scriptures, he is undermining that which is essential to truly great and rich American culture.  This means that at best he is guilty of friendly fire in the Culture War, while at worst he is no different than the allegorical Major Nidal Hasan, who turned his weapons on his fellow soldiers at Ft. Hood, Texas in 2009.

Playing both sides.  Mr. O’Reilly has repeatedly claimed to believe in Jesus, and has called himself both a Christian and a Catholic while at the same time crusading against the reliability and believability of Scripture.  This just doesn’t pass the smell test of intellectual honesty.  Years ago I was listening to a secular radio talk show program when a man who identified himself as a practicing gay Christian called into the show with a question.  He never got to his question because the host asked for clarification on how he could be a practicing gay Christian.  After the man stumbled around for a minute, he was admonished with words to this effect: You do not have the option of altering or doubting the sacred texts of a religion.  You can choose to be a Christian and follow the Bible, you can choose to start your own religion in which homosexuality is acceptable, or you can follow no religion

at all.  But you do not have the right to change a religion or its texts to fit your personal belief system or your need to be validated.

Our world is far too full of Christians-In-Name-Only (CINOs), who openly disregard or disqualify those portions of the Bible that give them intellectual discomfort, and who falsely profess to the lordship of Jesus (Matthew 25:31-46).  Such people do great damage to the testimony and cause of Christ, and lead others down their same, broad road to destruction.  Scripture has a warning for the CINO: either get in or get out (Revelation 3:14-16).  And regarding his professed faith, Mr. O’Reilly is showing none of the intellectual honesty he likes to require of guests in his No Spin Zone.

A Dangerous Arrogance.  In the 1990’s we were treated to the Scripture-despising work of the Jesus Seminar, who by voting with their colored beads enlightened the masses by telling us which parts of the Gospels we could believe and which parts we couldn’t.  And what an odd surprise when we found out that most of Matthew, Mark, Luke and John just couldn’t be believed any more – especially since we all know that miracles just don’t occur!  Mr. O’Reilly is simply following in their wayward footsteps,

claiming to be the final authority on what we should and shouldn’t believe in the Bible.  Folly of this magnitude catches up with everyone – it is extremely unwise to stand on the shoulder of a giant and poke him in the eye.

Did God really say? was Hell’s first arrogant hiss upon this planet, and Mr. O’Reilly is beginning to use his remarkable platform as a megaphone with which to magnify that hiss into a roar.  How truly unfortunate, for it will be the ruin of him.

I’ve been a long-time fan of Mr. O’Reilly, and have watched his rise to greatness with a tremendous deal of admiration and respect.  He has done some great things along the way, but he is toying with things way above his pay grade here, and history is strewn with the carcasses of those who have fallen opposing the eternal Word of God.  The Bible will last long past the time when the Killing series and the O’Reilly Factor will have passed from memory, and I hope Mr. O’Reilly comes to his senses and repents before it’s too late – both for the sake of his soul and for how he is killing the good name of O’Reilly. 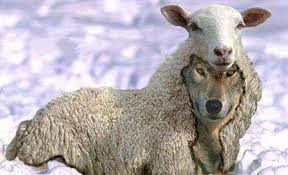 As for me, I shall keep him, his show and his upcoming book in my prayers.  But I can no longer in good conscience support a show or a man who so openly challenges that which is most sacred and fundamental to my faith.  We must be wary of the wolf in sheep’s clothing.