The Divine tutorial regarding human government as taught us through the episode of the confusion of tongues at Babel (Genesis 11:1-9) now continues as we look into a most important principle embodied in the painful lesson of that day.  However it may rub us the wrong way, the overriding principle here is simply that Heaven prefers decentralized government over centralized government.  In essence, this means that what is good for the globe is good for the nation, and thereby good for the province or state, and by extension to the most local concept of human government.

The story of Israel’s government actually begins in Exodus 18:17-26, where at the urging of Moses’ father-in-law, a system of judges was established.  Although this system did not come directly from the hand or mouth of God, we must remember that in all of Moses’ personal meetings with God (Exodus 33:7-11), this system was never changed, abolished or challenged by Him.  This means that such a system was congruent with God’s nature and His purposes for human government, and so should be carefully studied.  And when we do, we see that this system formed an appellate system of courts, wherein all issues of government were first entrusted to the judges 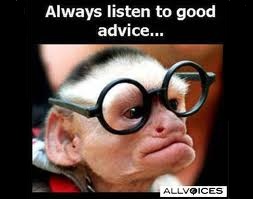 From there, we see that the most difficult cases were brought to Moses, who at the time embodied the idea of national government, and who could personally enquire of God about the matter.  The whole idea of government (even for the nation God was calling unto Himself), was therefore a decentralized bottoms-up idea, and not a centralized top-heavy structure.  The reasoning here is simple: just as many nations ensure accountability and the survival of freedom upon Earth, so too does the idea of decentralized power ensure the same within a nation itself.

There was, however, an inherent national weakness in this system, and that weakness led to loss of national sovereignty (see the entire book of Judges) and eventually to anarchy (Judges 21:25), after which God instituted the Israelite monarchy, wherein Israel was introduced to the concept of a stronger, centralized government.  It was under this system that Israel achieved its greatest height as a nation (1 Kings 10), but it was also under this system that Israel eventually failed as a nation.

Under the leadership of King David and his heir King Solomon, the weakened and splintered Israel broke from its typical tribal allegiances and unified as the Hebrew nation, it established secure and protected borders, it trained and maintained a feared and disciplined military, and it grew to international prominence as a respected nation and people.  It is therefore easy to see the benefits of a strong, central government, but we must also see that such a beneficial central government lasted less than two generations before it reduced its people to servitude (1 Kings 12:1-14), for it is always within the nature of government to grow until all human freedom is lost.

And so we are faced with an interesting dilemma: sovereign nations are required to exist, but while a strong national government eventually spells slavery for its people, a weak national government eventually spells doom for a nation.  The success of a nation therefore depends upon its ability to establish a government that is able to walk the fine line of balance between these ideas.  Fortunately for us, God has given us a simple model for how this might be accomplished, and the order in which He established the successive governments of Israel is the key to understanding this model.

If we realize that God always had the monarchy in mind for Israel (Genesis 49:10), yet did not institute it until roughly five hundred years of decentralized government was first given its turn at the plate, we are on the path of understanding good national governance.  Since God could have instituted the monarchy immediately but chose not to, He has shown us that it is better to live with as

As Biblists, we (above all people) should be committed to the idea that local government is usually the best expression of it, and also to the idea that national government should be limited in scope to that which will secure and maintain a nation’s place upon our planet, for it has little to no business in the details of the lives of its people.