So severely has today’s idea of appropriate government run afoul of the Scriptural guidelines imposed upon it that I find I must from time to time stray from the slow and plodding case being made through the Biblist Papers to deal directly with the issues at hand.  The Papers will in principle eventually encompass all such issues, but since that will take us quite some time to accomplish, it is at times necessary (and frankly, enjoyable) to break from them and let fly the arrows a bit more directly and succinctly.  This is one of those 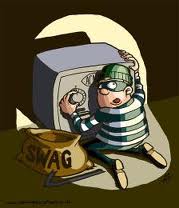 Human government is charged directly with the protection of private property, for it is to uphold the Eighth Commandment, which simply reads: You shall not steal (Exodus 20:15).  Since government is therefore charged with ensuring that its citizens do not steal from one another, it is only appropriate and right that the government itself is not allowed to steal from one citizen in order to give to another, but we have unfortunately become a people who expect our government to do just that in almost every aspect of life.

For instance, if my family of four has but one automobile, while my neighbor’s family of four has three automobiles, there is an inequality that exists between our two families.  If I, in order to right this inequality, went over to my neighbor’s home and took one of his cars by force, I would be expecting a visit from the Sheriff’s Department, for although I have equalized things between our two families, I am guilty of theft.

However, if the government passes the Automobile Equalization Act, which taxes those families possessing three automobiles the amount of one automobile and then deeds that automobile to a family with only one, the same outcome is achieved – both families now have two automobiles.  Had I done this deed, I would rightly be guilty of theft.  But when the government does this deed, we call it the redistribution of wealth and/or progressive taxation, and decree that the government is guilty only of fairness and compassion.

But theft is theft is theft.  We may hold Robin Hood up as a hero, yet the truth is that if such a person as he ever existed as we now lionize him, he was a thief then and would still be a thief today.  What the principles of Scripture teach us is that any forced redistribution of wealth is wrong and immoral (for theft is wrong and immoral), and is especially reprehensible when committed by or through government, which is the entity created by Heaven to ensure the protection of private property.

When we consider the realities of social inequality, we are generally moved in disposition to help those in less fortunate circumstances – those we deem as the needy.  And of course, any reading of the Gospels will immediately show us that Jesus often had compassion upon the needy, something for which we greatly admire Him.  As followers of Christ, when we consider the idea of human government, we are therefore inclined to make government a compassionate thing, but we do so at the peril of losing all things good, for this opens a door to government never meant to be opened.

We must remember that Jesus is Jehovah (John 8:58), and it was therefore He Who instituted government in Genesis 9:6; it was He Who confused the speech of humanity at Babel; and it was He Who was the great Lawgiver of Sinai (which essentially finalized the idea of human government upon Earth).  As Jehovah, He never changes (Hebrews 13:8), and his purposes and design for human government have likewise never changed.  Government was stern in purpose and design then, and is still today, for human nature

remains fallen and corrupt and must be limited in expression.  When government passes the threshold from stern to compassionate, then, it becomes an illegitimate and inappropriate thing.

Appropriate government is charged by Scripture with doing only a few things, and so I will name them here that we Biblists might begin to rein government back to within its stern and reasonable guidelines.  Government must:

These are essentially the Biblical boundaries of good government, and these are the things in which every citizen of a nation has an equal stake, and for which every citizen must pay a fair share in order to be a part of that nation.  A fair share is an equal share, and inGod’s economy an equal share was considered to be ten percent of your income, whether you were rich or poor, or whether you made much or little.  It was the price of good and stern and limited government, and it was shared equally by all.

Government in the name of compassion, however, is a most seductive thing, and must be guarded against at all costs, for once the door of government is opened to even the noblest of social causes, every seemingly noble cause will follow through that door until

every perceived social injustice is righted.  Since compassionate government essentially means that government has legislated poverty into a virtue, it will eventually leave a nation bankrupt and broken upon the shoals of good intentions.

Here is how this works in real life: If a group of people is essentially told that they deserve what another group has, it effectively tells them that they are the more virtuous of the two groups.  Regarding the poor, when the redistribution of wealth and progressive taxation are instituted, they have now been legally proclaimed more virtuous (and therefore more deserving) than the wealthy, and are therefore owed their property and goods.  Since the sinful nature of humanity is lazy and self-serving in the extreme, it will not be long before a large and overwhelming percentage of a nation’s citizens rush to become the virtuous poor, causing the non-virtuous wealthy to eventually buckle under the weight of supporting the entitled ones.  Economic and moral collapse is the only possible outcome of such a system. 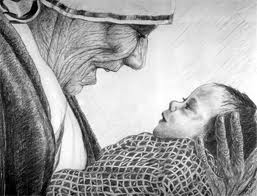 especially where Christ has touched the hearts of His followers.

Religion (not government!) that God our Father accepts as pure and faultless is this: to look after orphans and widows in their distress… (James 1:27a).

Legislating compassion is theft; showing compassion is personal, human and beautiful.  It lifts humanity into the realm of dignity and nobility, and brings glory to Heaven.  We do well to remember that the compassion of Jesus was personal, and not governmental.  Let us go and do likewise, and get government out of the business, for it is destroying us.

4 thoughts on “The Redistribution of Poverty”