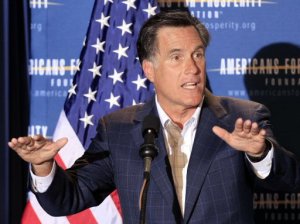 As a proponent of Biblical, Constitutional and decent government, I have a serious problem with Mitt Romney – and no, it’s not his Mormon faith.  Glenn Beck is purportedly a Mormon, and frankly, if there were 535 Glenn Becks in Congress, ours would be a far better nation than it is today.  The issue I have with Mr. Romney is simply that he is a stranger to the idea of appropriate government, as evidenced by his continuing and stalwart defense of what is known as Romneycare (the governmental healthcare system he instituted in Massachusetts while he was that state’s Governor).

We can forget the little intricacies that make Romneycare slightly different from Obamacare (its federal cousin), for such intricacies really don’t matter at all.  What really matters is that any such system at its very core represents an absolute failure to understand good government, and so any proponent of such a system disqualifies himself (or herself) from public office.

The first way in which Governor Romney and his healthcare system fail is in a basic understanding of the nature of appropriate human government.  The purpose of human government (which began by God’s command in Genesis 9:6) is to limit human freedom due to the existence of the sinful nature of humanity (Genesis 6:5).  This necessarily makes human government a thing that is painful and stern in nature from start to finish, and not a comfortable and compassionate thing.

We must therefore remind ourselves again and again that compassionate government is by definition illegitimate and inappropriate.

Romneycare, Obamacare, Hillarycare and every other rendition of the governmental healthcare zombie represent the worst examples of compassionate government possible, and should therefore be rejected at face value each and every time they raise their hideous heads above ground, and anyone who proposes or implements such a system should forever lose their standing as a political figure or thinker.

The second way that Mr. Romney and his healthcare system fail is that it is a system that forces the redistribution of personal wealth upon a populace, which violates government’s absolute requirement to uphold the Eighth Commandment of Exodus 20:15 (you shall not steal).  Simply stated, no one has a right to anyone else’s wealth, goods or possessions, either by personal or governmental theft.  Those who propose redistributionist plans fail at Good Government 101.

By his refusal to disavow his support of Massachusetts’ healthcare system as anything but a horrible mistake of his past, Mitt Romney is proving himself to be severely unfit to occupy the highest political office (or any other office) in America.  The United States is about to run full-speed over a cliff if it doesn’t get its governmental house in order.  What it doesn’t need is someone like a Governor 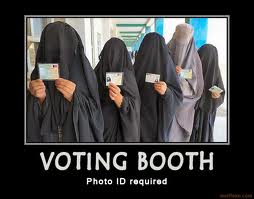 Romney who will just drive a bit more slowly – it needs someone who will stop its progress altogether, and then send it in the opposite direction.

There is still ample time to send a far superior Republican candidate for President into the general election later this year.  I strongly urge every person who owns allegiance to Scripture and the Constitution to withhold their vote from Mitt Romney through the remainder of the primary season, for there are still much better alternatives than he.  And let no one believe the ridiculous rhetoric about him being the only Republican electable as President, for those who truly represent good and appropriate government are always electable when good people vote appropriately.

4 thoughts on “The Problem with Mitt Romney”