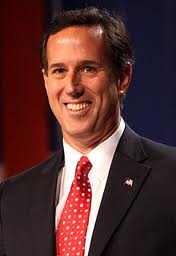 opportunity to discuss the role that faith should or should not play in government.  With all of the hand-wringing and gnashing of teeth over this issue now taking place by the secularists and those of weak and nearly useless (liberal) faith, one would tend to think that by having merely mentioned Satan that Mr. Santorum was trying to impose a Christian version of the Islamic caliphate upon America.  This hysteria must be put in its place.

bit as much as is the Taliban in Afghanistan, for their secular belief system qualifies as a theology.  To put it as succinctly as possible, all religions seek to answer what I call The Three Big Questions: How did we get here?  What’s my purpose in life?  What happens when I die?  Judaism has an answer to these questions, as does Christianity, as does Islam, and Buddhism, etc.  But what is almost completely overlooked is that atheism answers these same questions, and simply because it does this without a named deity in the answer makes it no less religious than any other.  So to make things clear for everyone, I’ll give that unnamed deity a name so that we can all think a big more clearly on this issue.

Atheists are generally Darwinists, which means that they are Evolutionists.  The Theory of Evolution (their gospel) postulates that

everything in existence came from nothing by random chance acting over time.  So where the Christians and the Jews believe that in the beginning Jehovah created the heavens and the earth (Genesis 1:1), the atheist replaces Jehovah with Chance, and so we must take some time to get to know this deity at the heart of their religion.

Regarding government, at the heart of what it does is the establishing of what is right and wrong for the governed, which makes it an arm of morality.  And at the core of that morality there must necessarily be a foundation for what a people believe is right and wrong – something that will stem from the nature of the deity or deities worshipped by the people.  This means that all governments are therefore an exercise in theocracy, and that the only significant difference between these theocracies is the deity at the heart of their design.

When we view things with such clarity, we see that no good can 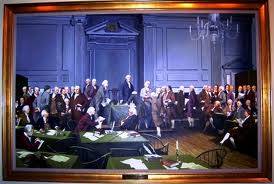 come of what the secular left is trying to do with the idea of government, and government must therefore be wrested from their control.  We must not fear the idea of theocracy, for it is inherent to the very idea of government itself.  Instead, we must simply understand it and see to the genius of it, as our Founders and Framers once did.  There can be no better thing for a people than to arrange their affairs in a manner consistent with the nature of the One who has created and sustains all things (Colossians 1:16,17).

Well done, Mr. Santorum.  There is one who does seek to destroy the United States, and Chance isn’t his only name.

2 thoughts on “The Theocracy Whiners”