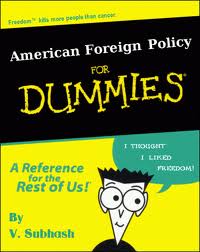 Today we begin a two-article series on bringing some sanity back into the foreign policy equation with a look at the two most basic and sacred functions of a sovereign government.  In the second article we’ll deal with the objections such a remarkably simple plan will naturally engender from those long enslaved to the ideals of bad government.

The morass that is today’s idea of foreign policy is in need of some serious realignment.  When we watch the current Administration and its State Department in action, almost nothing it does makes sense to a reasonable person.  Those nations that should be treated as pariahs are welcomed to the table; those nations that openly despise us are treated as though bosom buddies; and those nations that should be dearest to us are treated with contempt, disdain or hostility.  The reason for this is the lack of clear and simple thinking by the overly-educated secularists who head such efforts and who have so thoroughly infiltrated nearly every level and aspect of government, and who have moved it so far from Biblical moorings.  Reality is actually quite a simple thing with which to deal, and it’s always unwise and detrimental to introduce complexity into something best suited to simplicity.

To understand the inherent simplicity of foreign policy we have to go back in time to when the idea of foreigners was originated: the Dispersion of humanity after the Tower of Babel event (see Genesis 10 & 11).  When God confused the language of humanity, He separated humanity at the family level, and by design these families would spread and grow to become separate nations (Genesis 10:4,20,31).  This great act of Heaven essentially and purposely separated each group (and eventually each nation that would descend from the group) from the others, creating a very simple equation: the us and the them [for a refresher on this idea, please see my series of articles on Borders].

When God initiated the idea of human government in Genesis 9:6, He gave government the task of being the Avenger of Blood for anyone who was murdered, and the reason for this was to protect the image of God from extinction upon planet Earth (as had nearly happened in the wickedness and unrestrained violence prior to the Flood).  When humanity then quickly took the idea of human government too far, God intervened once again and initiated the Dispersion, which would result in the requirement for many separate and sovereign nations.  This, again, was done to protect the image of God in humanity from extinction.

At the dawn of human government, then, there were but two things required of a government when dealing with the others outside of its borders: to protect and avenge the blood of its people, and to maintain its sovereignty.  These are the basic ingredients necessary for the image of God to survive and have a chance to flourish on our fallen planet.  From a government’s standpoint, therefore, the world is clearly divided into the us and the them, and a government is to concern itself primarily with the safety and sovereignty of the us within its borders.

Simply put, if a foreign entity of any nature has the blood of its people on their hands, it is the sworn duty of the government of those slain to become the Avenger of Blood on behalf of its slain, and to see that those responsible pay for the deed with their life or lives.  Governments cannot turn the other cheek, for when human life is taken without Divine prescription, that blood cries out from the ground to the One whose image it was meant to reflect (Genesis 4:10).  Government must honor and protect the image of God above all things.

These are the two foundational issues with which good government should concern itself when it turns its gaze outward toward a world of others.  It is a simple view, but a good and honest one, for it tells all who would look its way that it is to be feared and respected, and that it holds its land and the blood of its people more sacred than all others, and that you cross either to your great peril.  There is no bribery to be had, there are no more-favored or less-favored statuses to be doled out, and there are no business interests to be looked after.  If you are a friend, your hand is welcomed in peace and warmth.  If you are an enemy, be in fear every moment of your life.

Humanity is fallen and sinful and is incapable of improving itself (Genesis 6:5; Romans 1:18-32), and so the idea of separate and sovereign human governments is God’s insurance policy enabling the survival of His image in humanity and upon Earth.  We may think that we can all gather around the United Nations campfire, drink Cokes, hold hands and sing John Lennon’s Imagine and the issues of sinful humanity will all go away and everyone will live happily ever after, but the stark truth is that the better things of humanity only survive because the idea of separate and sovereign nations allows freedom and dignity to flourish at various times and places when a people or peoples get their act together. 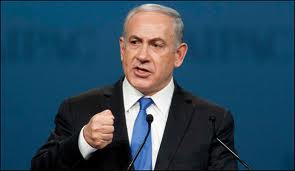 Unfortunately, among the emasculated West there seems to be but one leader who understands that his government’s most basic and sacred duty is to its sovereignty and to the blood of its people, and that leader is Benjamin Netanyahu of Israel.  The flame of the once-glorious West will go out if we do not look to this man and learn from his clear vision of government’s ultimate duty, and from the strength of spine that holds it aloft.