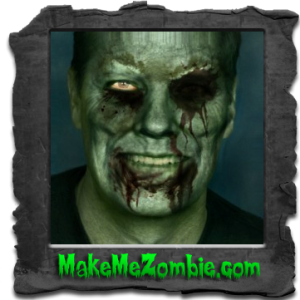 They can’t reason.  They can barely speak.  They live by devouring others.  They infect everything they touch.  They produce nothing.  They wallow in their own filth.  They have horrible fashion sense and they never seem to go away.  Zombies.

Man, zombie movies and zombies used to scare the livin’ daylights out of me – especially the horrible thought of ending up like one!  And at least with their undead cousins the vampires you could count on a modicum of rational behavior now and then, but with zombies there was only the unending vacuous stare and the incessant drooling.  Boy am I glad they’re not real!

But then I was recently watching footage of the Occupy Movement,

and it struck me – zombies are real!  Think about it for a second: They can’t reason.  They can barely speak.  They live by devouring others.  They infect everything they touch.  They produce nothing.  They wallow in their own filth.  They have horrible fashion sense and they never seem to go away.  I immediately understood the seriousness of the situation, and so promptly went into Zombie Resistance mode.

My first order of business was to do some zombie reconnaissance in order to find out how long it would be before the uninfected few were overwhelmed by the undead masses, and also to locate ground zero for the zombie virus in order to understand it.  In what church or homeschooling movement did this sinister thing have its genesis?  The world needed to know!  And what I found in my fictional and entirely anecdotal zombie reconnaissance was indeed surprising.

Zombie Fact #1: Fully 110% of the Occupy Movement will vote for President Obama in November (the extra 10% is because some of them will vote more than once). 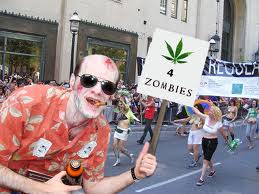 Zombie Fact #4: The Democrat Party has a virtual monopoly on the African-American and Hispanic vote in New York.

Zombie Reconnaissance Conclusion: The Democrat Party prefers its younger voters stoned and mindless, and will do anything to keep them that way.  Otherwise they might come to their senses and join the Resistance.  Apparently, zombies make for a wonderfully stable voter base, but being sober-minded and alert acts like a zombie anti-virus.  It simply musn’t be allowed among the undead.

So if you’re infected with the Occupy Virus, please remember to vote Zombie (D) this November.  For everyone else, I seriously recommend protecting your brain…