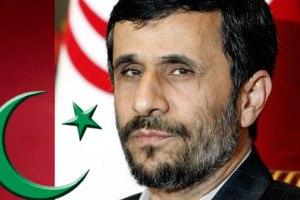 The recent comments emanating from the two-headed monster leading Iran (the Ayatollah Khamenei and President Ahmadinejad) regarding Israel must not go unanswered either by the West or by Christianity.  The good Ayatollah considers Israel to be a cancerous tumor, while Ahmadinejad has been openly calling for Israel’s destruction for years, and has recently declared that to confront Israel is to protect the dignity of all human beings.  I strenuously disagree with such idiocy.

Israel is a blessing to humanity because hers are the Patriarchs of antiquity.  It was through Abraham, Isaac and Jacob (Israel) that God began to personalize His message to humanity and to call Earth out of the darkness of lost, pagan worship.  It was also Abraham and Isaac who had the privilege of perfectly modeling the sacrifice upon Moriah nearly two thousand years before it occurred (Genesis 22).

Israel is a blessing to humanity because hers is the Law given at Sinai.  At the heart of that Law were the Ten Commandments, which were an expression of God’s nature and of His expectations of human conduct.  It was the light of this Law that saw Israel reach the height of civilization in Solomon’s middle years (1 Kings 9-10), and it was that same light that would eventually propel the West to the heights of its glory thousands of years later. 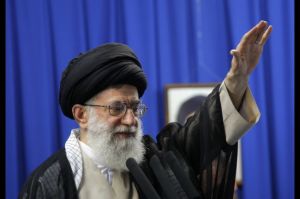 is a blessing to humanity because hers are the Prophets, who let the despots of their eras know that God compares all rule with the principles of His perfect Word.  Governments or nations that know they can be removed for cause have always been better and wiser for it.

Israel is a blessing to humanity because hers is the Plan of Redemption.  Only to Israel were the Tabernacle, the Temple, the priesthood and the sacrificial system given, all of which would one day find their fulfillment in the perfect sacrifice and eternal office of the Son of God (Hebrews 3-10).  It is only through Israel that humanity knows how to properly worship its Creator.

Israel is a blessing to humanity because hers is King David.  It was David who would be the chosen and anointed king of Israel (Genesis 49:10; 1 Samuel 16:12,13), who first laid claim to Jerusalem after beheading Goliath (1 Samuel 17:54), and who conquered and established Jerusalem as the undivided capital of Israel (2 Samuel 5:6-9).  It is upon David’s throne in Jerusalem that the Messiah will one day sit, and from which He will rule the nations (Isaiah 9:7; Luke 1:32).

Israel is a blessing to humanity because hers is the very idea of the Messiah.  It was they whose Scriptures in so many places foretold the birth, life, ministry, miracles, death, resurrection and glorification of Jesus of Nazareth.  He was a Jewish man of the lineage of David born to a Jewish mother in the Jewish land according to what was foretold in the Jewish Scriptures. 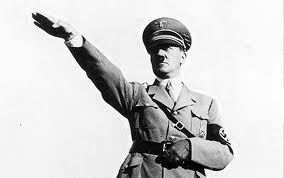 is a blessing to humanity because hers has been the faithful transmission of Scripture throughout the ages.  Jesus could recommend the Old Testament without hesitation (Matthew 5:18) because of the centuries-old faithfulness of Israel’s scribes and the reverence they rendered to the written Word of God.

Israel is a blessing to humanity because hers is an impossible testimony of existence.  The Hebrews spent hundreds of years in Egypt, yet came out as the people of Israel with their language and identity intact.  Judah (the Jews) spent seventy years of captivity in Babylon, yet returned to their Land with their language and identity intact.  Most recently, the Jews have returned to their Land from a nearly two thousand year dispersion, yet today you can hear Hebrew spoken from Metula to Eilat by a people who are still Jews.  No other people has ever survived more than a few decades of captivity or dispersion without losing their identity, yet Israel has done it several times.  When we add to this the long list of Pharoahs, Hamans, Hitlers, Arafats and Ahmadinejads who have been bent upon Israel’s complete destruction, one can only surmise that God must be ensuring their continued existence, as He in fact is doing (Jeremiah 31:35-7). 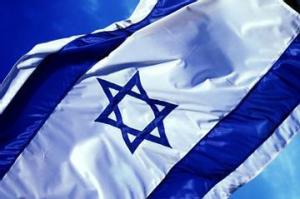 is a blessing to humanity because modern Israel flourishes.  God promised to bring His people back to their land prior to establishing the Messianic kingdom (Ezekiel 36-7), and He has been doing that for well over a century.  Despite the overwhelming odds of her hostile neighbors, the Jews were able to establish tiny Israel as a Jewish nation amidst a sea of Muslim antagonism and Western indifference.  And though much bravery, hard work and sacrifice have been given by her people for her to remain a nation, modern Israel’s continued existence can only be viewed as a miracle of the highest order.  Today more than forty percent of all Jews live as free people in their ancestral homeland of Israel.

When the blessings of Israel are truly considered, all of humanity owes the Jewish people an eternal debt of gratitude.  That she has done so much for this planet yet remains largely despised and has so many bent upon her destruction testifies to Hell’s eternal hatred of both her and of what God has accomplished through her.  And where Hell has the most influence, that hatred of Israel burns most ardently.

We who have had the privilege of merely being grafted into the tree of Israel (Romans 11:17) must counter such hatred with love and support for her in these troubled (and perhaps last) days.  We must not forget that our ancient Enemy is bent upon her destruction, nor that God will not hold faultless those who ignore, betray or mistreat the Chosen People (Genesis 12:3; 27:29; Numbers 24:9b; Matthew 25:31-46). 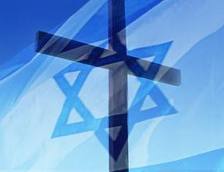 In their exile, David and his men were a noble wall of protection around the people of Judah (1 Samuel 25:15,16).  Though she may not now recognize us, Israel may in truth be considered a mother to us who are Christians, and we owe to her our prayers, fealty and protection, for the wolves stand ready at her door.  Let us ensure that they must first pass a wall of stout and faithful opposition to their evil deeds before they can reach her.